The next meeting of the Long Beach Surfer's Association is Wedneday evening May 9th, 2012 at 7:30PM in the West School!

There's tons on the agenda, including updates on Spring Surf Day in Long Beach on May 12th, our next Surf Movie Night on May 18th, Reynolds Channel Cleanup on the 19th, updates on the Surf Beach sign and our next clothing order, a discussion on beach passes for surfers and so much more! 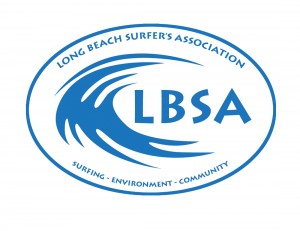 Volunteers needed to help clean up the marshes – bring yourself, bring your family and friends and help out if you can! 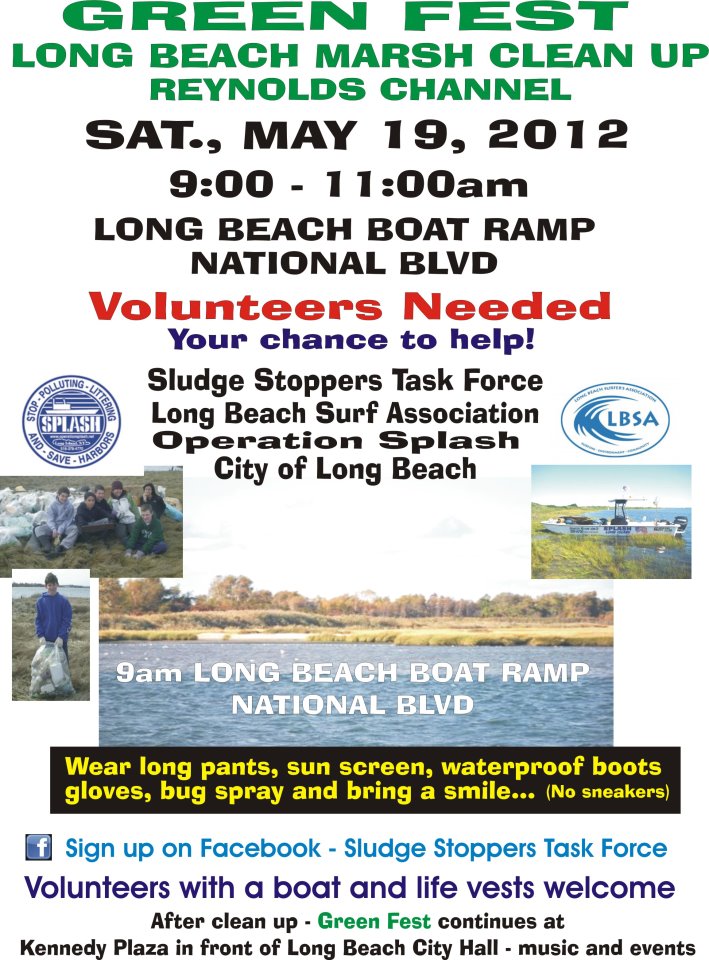 Posted in Environmental Concerns | Comments Off

The City of Long Beach has released its official Surf Schedule for summer 2012. "We are pleased to announce a schedule that keeps a reasonable balance for swimmers and surfers alike,” states City Council President Fran Adelson. “The City has taken last year’s successful pilot program and expanded it to include additional rotating surfing beaches.”

"The LBSA is very happy with the relationship that has developed with the city and the summer surf plan that we worked together to create,” says Long Beach Surfing Association President Billy Kupferman. “The interests of surfers and non-surfers alike were taken into account, and the result is a fair and efficient use of space. Surfing is a tremendous asset for Long Beach and it's great to see how the City has embraced it."

“The City took a measured response to the surfing community's request for permanent beaches, weighed against the concerns of Long Beach residents, and formulated a plan that works for surfers and beachgoers without compromising the safety of all,” says Jamie Lynch, a Long Beach resident who had voiced his concerns on behalf of the swimmers. “The pilot program initiated in the West End last year worked well by allowing surfers and beach goers an equitable use of the beach. I believe this will work well in the central beach area and that ultimately, surf conditions should be left under auspices of Chief Gillespie.”

“We are happy to hear that the City Manager, Chief of lifeguards, LBSA, and the community have all come together to open more surfing space,” comments Long Beach resident and surfing instructor Cliff Skudin. “To all the families, participants, non profit organizations, and the Long Beach Special Ed Department, we are looking forward to a great summer with you.”

Please note that the surfing schedule is subject to change without notice due to weather and/or water conditions. All surfers must pay admission to the Beach Park and are subject to all Beach Park and Beach Patrol rules and regulations.

To view the schedule, click the link below, or use the link in the right hand navigation under "Useful Links".

Our thanks to everyone who came out for Surf Movie Night in Long Beach!

A standing room only crowd of families and friends new and old came together on this Friday night in Long Beach and was treated to the trailers for two upcoming films  by local artists, John Beattie's "100 Miles to the End" and Thomas Brookins'  upcoming epic "Fire and Water", followed by the incredible lineup of four films made by local NY surfers: “Lapsed Catholics: What the Surf Magazines Don’t tell you”, “By the Way”, “Stacked”, and cult classic “Couch Tour”.

Our thanks to everyone for coming out, but most especially to Tyler Breuer and his production company SMASH (Surf-Movies-Art-Shaping-History) for bringing the films to Long Beach, and to unsOund Surf for sponsoring the event, providing all sorts of raffle items – their sponsorship made the night possible!

Watch for the announcement of our next Surf Movie Night! We'll be coming back to the Long Beach Cinema soon – see y'all there!

The night will start with Brooklyn surfer Toddy Stewart’s “Lapsed Catholics: What the Surf Magazines Don’t tell you.” A first person perspective of a surfer paddling out in a broody surf accompanied by some philosophical musings over the nature of being a surfer.

Surf Movie Night will also play host to the premiere of “Stacked”, a short documentary on the Quiksilver Pro New York and local surfer, Balaram Stack, directed by Patrick Cummings and E.J. McLeavey-Fisher. The film tells the story of the transformation of Long Beach from a quiet New York suburb into the center of the surfing universe when the Quiksilver Pro comes to town.

The Feature Film of the evening will be the NY cult classic “Couch Tour” directed and produced by Mike Nelson, Brian Walsh and Dave Juan. The film was one of the original NY surfing films to be made in the 21stcentury. The film features incredible footage from the 9/11 swell and incredible surfing from Ryan Carlson, Bruce Bailey, Trip Patterson, Jason Reagan, Dave Juan and many more…

Tickets can be purchased at the door:

Bring the kids! Children under 12 admitted free!! Unsound will be giving away raffle items and other goodies.

About the Long Beach Surfer's Association:

The LBSA’s mission is to provide a unified voice for the surf community and help insure public policy appropriately addresses the needs of our large and vibrant community. To this end, the LBSA strives to work cooperatively with the City of Long Beach and the Long Beach lifeguards to provide safe and open access to the surf for all. The Association further exists to be of service to the local community through charitable events, contests, and other opportunities to get together, as well as by addressing important environmental concerns for our local beaches and waterways.

Posted in Uncategorized | Comments Off

There's a LOT on the agenda for the April meeting, including:

Mark your calendars! Here's all of  the upcoming meeting schedule and locations scheduled for the rest of 2012:

See you all there!

Next LBSA Meeting: Wednesday March 14, 2012 at the LBHS Upper Auditorium!

There's a LOT on the agenda for the March meeting, including:

Mark your calendars! Here's all of  the upcoming meeting schedule and locations scheduled so far:

We will be meeting on the second Wednesday of each month, at school locations rotating through the East, Center, and West End of Long Beach, as availability of space permits. We hope that by offering locations throughout the city, we'll make the Association more accessible to all surfers in our city.

More dates/locations for 2012 as soon as we can get room availability information!

There's a lot on the agenda for the meeting, see you all there!